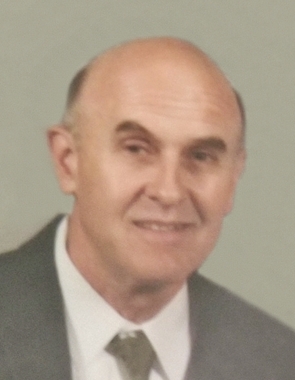 Back to Gerald "Jerry"'s story

Jerry Gass passed away December 5, 2019 at the Comfort House Hospice in Pella surrounded by his family.
Gerald R. "Jerry" Gass was born February 5, 1953 in Knoxville, Iowa to Herbert and Geneva Schurman Gass. He grew up in and around Bauer, attending school at Bauer and one year at Rosemount before going to high school in Melcher and graduating in 1971. He was married to Angela Bauer on August 2, 1975. They were blessed with four children: Bret, Dawn, Doug, and Kyle. He enjoyed farming near Bauer for nearly 20 years. Then started working at the Hy-Vee Distribution Center in Chariton, where he was still employed.
Jerry loved his family, farming, and hunting. He could do just about anything and was a real DIY guy. Anything from plumbing, electrical, mechanical, and building a computer was all within his capability. He was an avid sports fan and loved watching and cheering for the Hawkeyes. Another more recent hobby was that he found out he enjoyed cooking and really took to smoking meats. His family was always the first love in his life; he enjoyed taking the kids fishing and being there for them as they grew up. Once he became a grandpa, everything changed; he found the greatest joy he had known.
Jerry will be greatly missed by his wife, Angie Gass; children: Bret Gass, Dawn (Matt) Bennett, Doug Gass, and Kyle Gass; 6 grandchildren: Dayne, Kinley, Briella, Betty, Keygan, Aaryon; siblings: John (Mary) Gass, Carol Nicholson, Ken Gass, Keith (Margaret) Gass, Anne Bowers, Joe (Linda) Gass, Frank (Cheryl) Gass, and Tom Gass; along with many nieces, nephews, relatives, and friends. Preceding him in death were his parents: Herbert and Geneva Gass.
Funeral services were held at 10:00 a.m. Wednesday, December 11, 2019 at the Sacred Heart Catholic Church in Melcher-Dallas. Interment was in the Bauer Cemetery. Family received friends on Tuesday, December 10, 2019 from 5:00 until 7:00 p.m. at the church. A prayer service was held at 7:00 p.m. Memorials may be made in care of Jerry's family.
Published on December 16, 2019
To plant a tree in memory of Gerald "Jerry" Gass, please visit Tribute Store.

Plant a tree in memory
of Gerald "Jerry"

A place to share condolences and memories.
The guestbook expires on March 15, 2020.

James Gass
first cousin orig. from Lovilia, now from Michigan and Florida. So sorry for your loss!
View all