Back to LaVera's story

LaVera Marjorie Swarthout was born on November 11, 1920, in Melcher, Iowa, and passed away peacefully on January 20, 2020, at Homestead Memory Care in Knoxville, Iowa. She was the fourth of six daughters born to Edward and Emma (May) Luke. LaVera graduated from Melcher High School.
On July 22, 1939, she and Fred Erben Swarthout were united in marriage, and to this union two sons were born: Edward Erben and Jack Lee. Fred served with the United States Navy during World War II and, following his discharge, returned to the farm near Chariton, Iowa. He worked at the Veterans Administration Hospital in Knoxville while continuing to farm.
LaVera was a hardworking, helpful mate on the farm despite her small physical stature. She was a loving caretaker for countless neighbors, nieces, nephews, and grandchildren, and was always a good listener to those in need of a friend.
She was an avid cook, enjoyed crossword puzzles and playing cards, loved to socialize with neighbors and friends, and was an active Democrat and poll worker. She was a willing volunteer with the Belinda Ladies Aid and helped with numerous funeral dinners.
On February 22, 1992, Fred passed away at the age of 71 years. After 52 years on the farm in Lucas County, LaVera moved to Knoxville in 1998 and spent the later years of her long life of 99 years, two months and nine days at Homestead.
LaVera leaves behind her two sons, Edward of Madrid, Spain, and Jack (Donna) of Newton; her five grandchildren, Kelly Jo Swarthout, Eric Zane Swarthout and Kirk Edward Swarthout, all of California; Ronald (Mariciel) Swarthout of Pennsylvania, Travis Swarthout of Newton; two great-grandsons, Ryan Swarthout and Brandon Wolfe; and former daughter-in-law Linda Swarthout of Long Beach, California.
LaVera was preceded in death by her husband, Fred Swarthout; her parents, Edward and Emma Luke; and she outlived her five sisters and their husbands: Jessie Scott, Lucille and Joe Seddon, Betty and Darvin Dare, Darlene and Gene Swarthout, Marilyn and James Swanson, and a brother who died in infancy.
Funeral services were held on Saturday, January 25, at the Community of Christ Church in Knoxville. Memorials may be given for EveryStep Hospice in Knoxville. Williams Funeral Home was in charge of arrangements.
Published on January 27, 2020
To plant a tree in memory of LaVera Swarthout, please visit Tribute Store.

Plant a tree in memory
of LaVera

A place to share condolences and memories.
The guestbook expires on April 26, 2020. 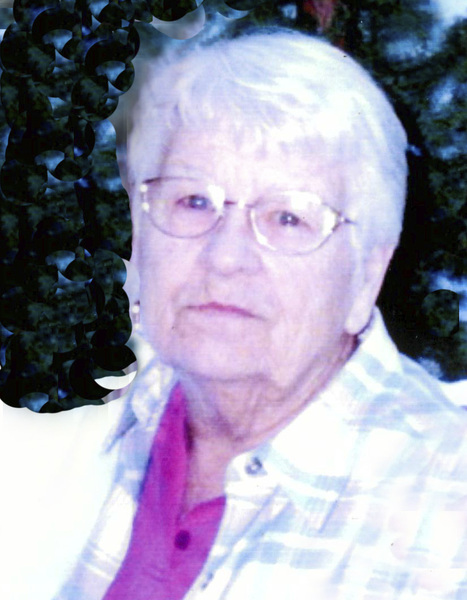