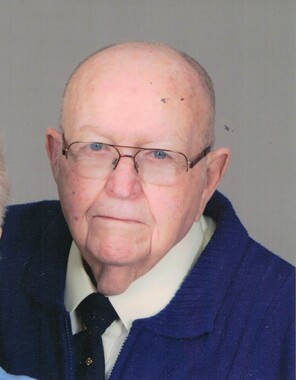 Back to Norman's story

Norman Nylis Norton was born June 27, 1931 in Pleasantville, Iowa the son of William and Julia (Wallace) Norton.
Norman was raised in Melcher, Iowa with his two siblings, Dwight and Freda. He graduated from Melcher High School where he played football and worked on the family farm. He was employed by Des Moines Bridge and Steel, the V.A. Medical Center and worked as a carpenter building homes in the Knoxville, Iowa area.
Norman married Wilma Thompson and they raised six children. In October of 1973 Norman married Donna Rowley and added six daughters to their family.
In his spare time, Norman enjoyed carpentry, camping, collecting coins, mechanic work, western movies and the Iowa Hawkeyes. He was a member of the First United Methodist Church in Knoxville. Norman's greatest joy was spending time with his family.
Norman passed away Monday, January 13, 2020 at Accura Care of Knoxville at the age of 88 years.
In addition to his parents, Norman was preceded in death by his siblings, Dwight (Viola) Norton and Freda (Don) Boody; son, Jerry Stahl; daughters: Kathi Rowley and Cheryl (Brain) Hennefeld and two granddaughters.
Those left to cherish Norman's memory include his wife, Donna; children: Larry (Betty) Stahl, John (Kathy) Hess III, William Norton, Sheila (Steve) Stone and Diane (Kevin) Spaur; step-children: Karen (Rich) Goff, Christine Rowley, Teresa (Lane) Williams and Tana Rowley; twenty grandchildren; seventeen great-grandchildren; two great-great grandchildren and many other family members and friends.
Funeral Service were held at First United Methodist Church, Knoxville, Iowa, Thursday, January 16, 2020 at 11:00 a.m. Rev. David Weesner & Pastor Brent Hanna, Officiating.
Interment: Graceland Cemetery - Knoxville, Iowa. Norman will be cremated following the funeral and burial will be at a later date.
In lieu of flowers, memorials may be made to Suncrest Hospice or to the First United Methodist Church.
www.BertrandFuneralHomes.com
Published on January 16, 2020
To plant a tree in memory of Norman Nylis Norton, please visit Tribute Store.

Plant a tree in memory
of Norman

A place to share condolences and memories.
The guestbook expires on April 15, 2020.