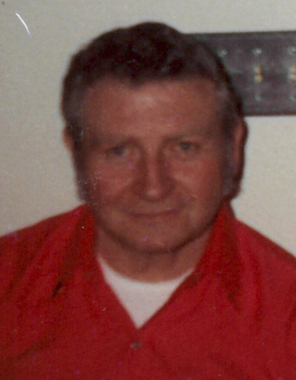 Back to Tommy's story

Tommy Roy De Moss Jr., was born on October 20, 1935, in Marion County, Iowa. He was the first of eight children that were born to Clara M. (Bailey) and Tommy Roy De Moss Sr. He graduated from Knoxville high School in Knoxville, Iowa and began working on the family farm. Tommy and Carley Jean Koons were married and to this union three children were born: Penny Jean, Lisa Christine, and Tommy Merrill. Tommy continued to farm despite his physical limitations from polio at age 4 years. For 43 years he was an employee of Rolscreen Company, now Pella Corporation, in Pella, Iowa.
Tom also enjoyed country music along with his parents who were avid round and square dancers. He was a wonderful singer and he and his brothers had their own band, they played for many dances and music shows around Iowa. After 50 years of living South of Knoxville Tom moved into the Lodge of West Ridge in Knoxville.
After a brief illness Tom then moved to West Ridge Nursing and Rehab Center in Knoxville. It was there he passed away on December 27, 2019, at the age of 84 years. He is survived by his three children: Penny and her husband Melvin Kuntz of Knoxville, Lisa De Moss of Knoxville, Tommy De Moss and his wife, Tonya of Lovilia, Iowa; six grandchildren and five great-grandchildren. Of his original family he leaves his four sisters and their husbands, and a brother and his wife: Dortha and Don Borts of Sigourney, Iowa, Sharon and Rodney Dykstra of Columbia, Iowa, Danny and Pam De Moss, Mary Harrington, and Rita De Moss all of Knoxville; and a sister-in-law, Carol (John) De Moss. Tommy was preceded in death by his parents, Clara and Tommy De Moss Sr, and two brothers: Floyd De Moss and John De Moss.
Services are planned for Spring 2020, with inurnment to be made in the Gosport Cemetery, Marion County, Iowa. Williams Funeral Home of Knoxville is in charge of the arrangements.
Published on December 31, 2019
To send flowers to the family of Tommy De Moss, Jr., please visit Tribute Store.

Send flowers
in memory of Tommy

A place to share condolences and memories.
The guestbook expires on March 30, 2020.